How A Trans Man from a Small Yukon Town Had a Big Impact on the MMIWG Inquiry. CBC News

By Kaska Dena CouncilJune 10, 2019No Comments

‘We really did feel honoured by those people, by the commissioners and by all their helpers,’ Shaun LaDue said this week, recalling his 2017 testimony before the inquiry in Whitehorse. (credits: Alexandra Byers/CBC; image 1). Shaun LaDue, right, and Edna Deerunner listen as Terry Ladue speaks at the national inquiry into missing and murdered Indigenous women and girls, in June 2017 in Whitehorse. (credits: Jonathan Hayward/The Canadian Press; image 2). Shaun LaDue receives a hug after speaking at the inquiry in Whitehorse in 2017. (credits: Jonathan Hayward/The Canadian Press; image 3)

Shaun LaDue was two months old when he was taken by a social worker from his family’s traditional bush camp on Frances Lake, near Ross River, Yukon.

Over 50 years later, his story as a Kaska Dena trans man has been permanently etched in one of the country’s most important recent documents, and LaDue’s life is being held up as an example of the possibility for change, and Indigenous resilience against colonial violence.

LaDue and members of his family shared their story during the Missing and Murdered Indigenous Women and Girls inquiry’s first hearing, held in Whitehorse in May 2017.

LaDue testified as a family member, and as a survivor, and his testimony now features prominently throughout the inquiry’s final report, released earlier this week.

The family believes she was murdered, but they say police did not investigate. The family never got the answers they were looking for.

He and his family were significantly impacted by both the Sixties Scoop and residential schools.

LaDue told the inquiry in 2017 that the consequences were devastating.

He now says the experience of testifying that day was hard, but needed.

The inquiry actually carried LaDue’s name onwards to each community after Whitehorse. That first hearing had started with only the participants being sworn in, until LaDue asked commissioners to also solemnly affirm that they will listen “with an open heart, an open mind, and without prejudice.” The commissioners asked permission to use those words at each community going forward, and they named it the LaDue Oath.

The inquiry’s final report highlights LaDue’s experience as a survivor of colonial violence, and also in a special section on the experiences of two-spirit and Indigenous LGBTQ people.

Because while the inquiry officially referenced women and girls, the commissioners said they were urged by some to adopt an inclusive view of gender, and so two-spirit and LGBTQ experiences are given equal prominence throughout the report.

In its interim report, issued in 2017, the inquiry says it learned there was a significant knowledge gap when it came to understanding the scope of acts of violence against two-spirit and Indigenous LGBTQ people. There are no national statistics, but one researcher cited by the inquiry has called it a “triple jeopardy.”

The inquiry explained that including those perspectives was an effort to fill a knowledge gap, and also recognize the traditional roles two-spirit people have played in many Indigenous communities, as mediators and keepers of certain ceremonies. Overall, the inquiry describes it as an effort to combat the binary view of gender imposed on Indigenous people by Canada’s colonial systems.

LaDue’s experience was held up in the report as an example of how Indigenous two-spirit and LGBTQ people are resisting being marginalized, and taking action.

For example, the report credits LaDue and other trans activists for their role in changing Yukon’s Vital Statistics Act. It says that shows what kind of change is possible.

The report also recounts LaDue’s story of returning to the small, rural community of Ross River in 2013 after sharing his coming out story with a local newspaper.

“Next thing I know, it’s on the community bulletin board,” LaDue told CBC, referring to the newspaper article. “I’m looking at it going, ‘Oh, you know somebody might not like this.’” 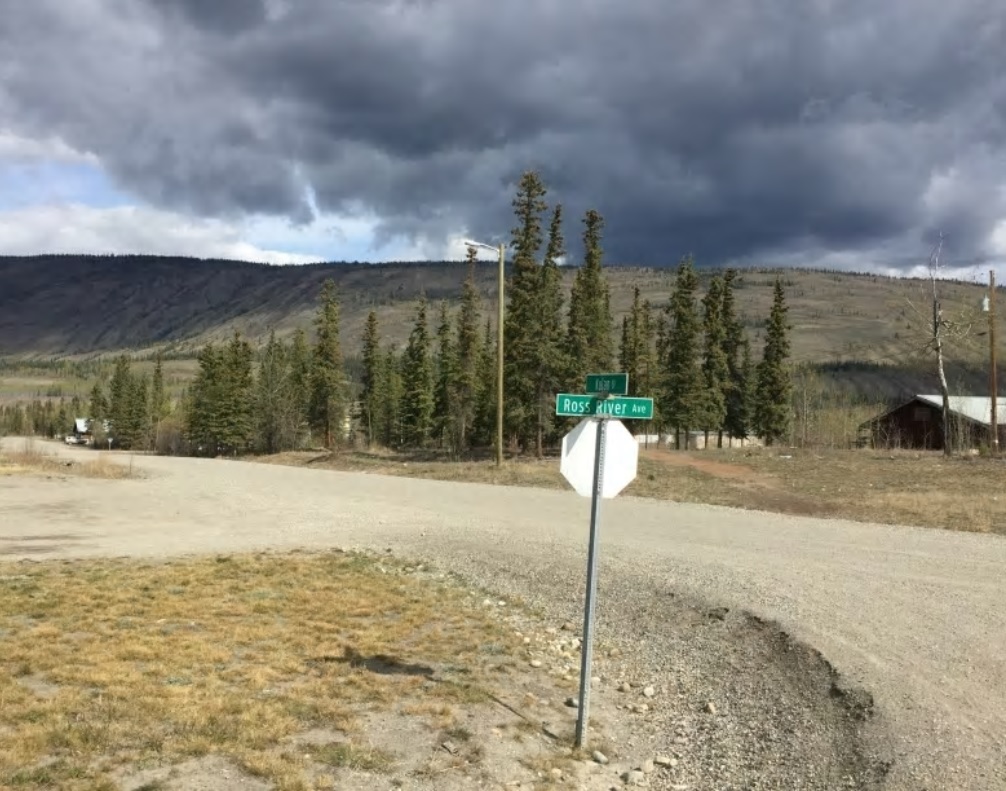 He recalled walking out of the store that day to find some “tough guys” hanging around out front. They called him over.

LaDue was nervous — needlessly so, it turned out.

“They slapped me on the back and said, ‘Right on, for being your true self. We really respect that,’” LaDue recalled. “It was acceptance and it felt so heartwarming.”

That encounter is now permanently recorded into national memory, as part of the inquiry’s final report. It’s cited as an example of how “individual acts of bravery and honesty” can help Indigenous communities regain their inclusive attitudes towards gender identity.

LaDue says he’s honoured, and hopes his experience is one shared by others across the country.

“We all walk our own unique path, and we have to accept each person who is on their own path,” he says.