The North-Liard plan area covers approximately 1.6 million hectares within the Fort Nelson Timber Supply Area. The plan area is the area east of the Dease-Liard SRMP, north of the Muskwa Kechika Management Area, and east to the traditional territory extent at Nelson Forks.

The topography of the North-Liard is predominantly rolling terrain incised by major rivers into shallow valleys in plateau/plain areas and into steep-walled canyons in mountainous areas. The geography includes numerous features of glacial origin such as kettle lakes, drumlins, and esker formations. Because the area is east of the Continental Divide, rivers drain northeast to the Liard River and into the Mackenzie River system before finally emptying into the Arctic Ocean. The climate is continental (relatively dry and cold), with low snow depths relative to more coastal areas. 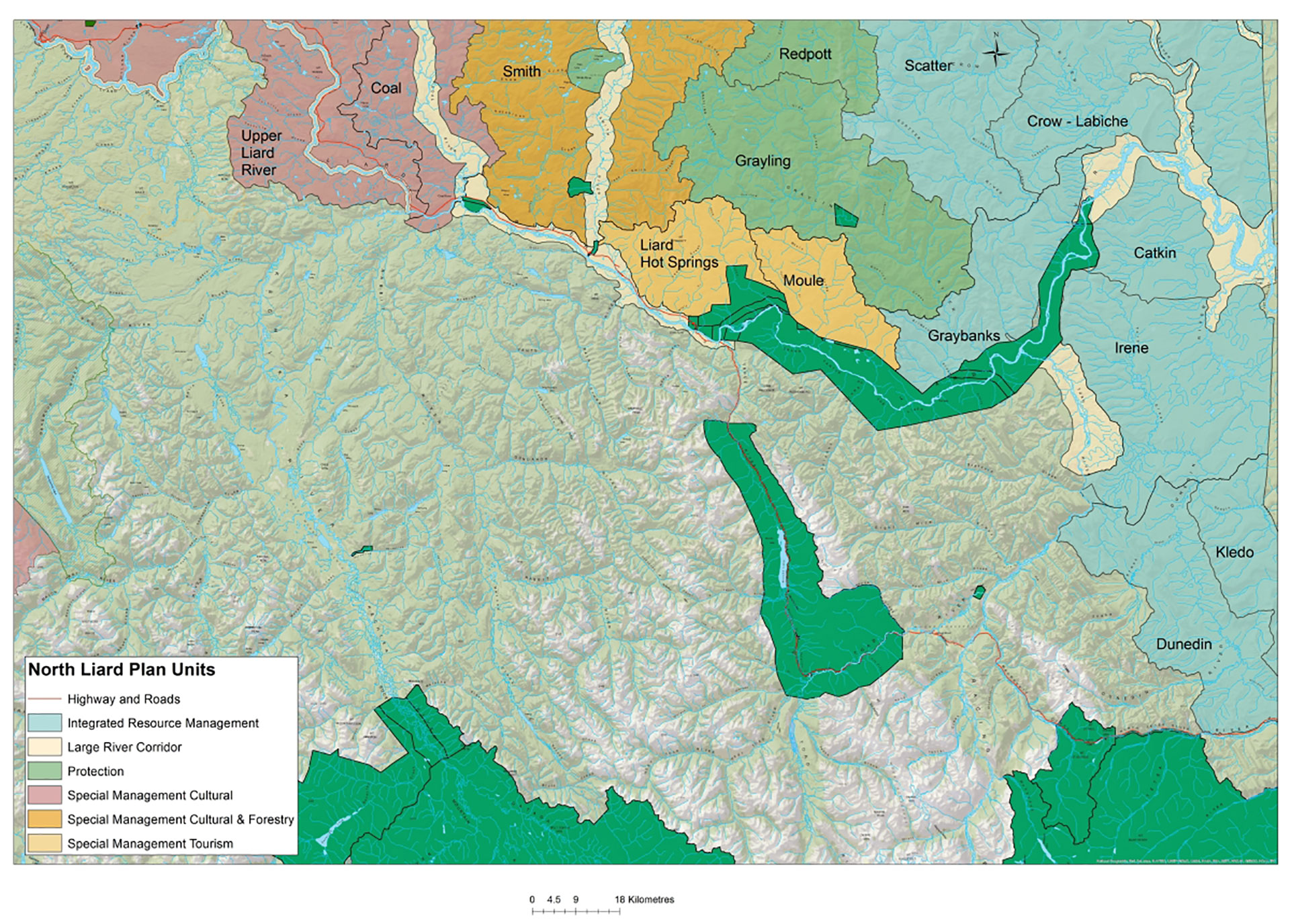 Through interviews with community members, participants all agreed with the following statement to represent the overall approach to land use planning in this area: We should use some of our traditional territory for its natural resources (such as timber harvesting, tourism, and mining) to better the economic conditions of our communities, as long as we protect some areas for our traditional uses.

The North Liard Plan Area has been divided into planning units to assist in developing specific management directions based on the social, cultural, environmental, and resource values in each unit.

The units are based on previous work done on land use options and strategic planning in the traditional territory in the late 1990s and early 2000s (Kaska 1998 Strategic Natural Resource Development Plan 5-Year Operating Plan for the Kaska Dena Traditional Territory in British Columbia, Kaska Dena Land Use Options 2002).

To aid in setting management direction, economic development interests were identified through community interviews for the entire plan area. The understanding is these interests are allowable to benefit Kaska Dena communities. It is not allowable to just have resources leave the traditional territory. Benefits can include employment, Kaska Dena companies doing the work, economic benefit agreements, capacity building, and resource revenue sharing.

For a number of interests, especially Oil and Gas, Mining, and Timber, the importance is to have development that generates benefits but still maintains the environment. There were concerns on the type of logging, mining, and oil/gas systems being used and not enough information on the potential impacts from these systems. The need for direct community engagement on the more detailed planning for these activities was also identified.