An historic signing ceremony took place on August 22, 2012, at Rapid River. The Honourable Steve Thomson, (Minister of Forests, Lands and Natural Resource Operations) came to Rapid River to represent the Province of British Columbia in a signing ceremony with Kaska Dena regarding the Strategic Land Use Planning Agreement that was announced by Premier Clark in February 2012 and the designation of the Ne’āh’ (Horseranch Range) as a Protected Area and the Gu Cha as a Special Management Zone.

In and about 2000, the Kaska Dena pursued a land use planning process with British Columbia, due to the Forest development activities in the Dease River Watershed area of the Kaska Traditional Territory. In 2004, the Kaska Dena Council and British Columbia agreed to a final land use plan on forestry and wildlife management in the Dease Liard area in the Traditional Territory. At that time, Kaska had proposed the Ne’āh’ (Horseranch Range) as a protected area.

In 2008, Kaska Dena Council and British Columbia met again to discuss finishing the plan to set land use direction for mining, oil & gas, tourism, and energy in the Dease Liard Area. A part of this work is the protection of the Ne’āh’ (Horseranch Range), where Kaska and British Columbia will be joint managers of a protected area from Boya Lake to the Muskwa Kechika Management Area. Within this area is a special management zone – Gu Cha Duga, meaning “For the Grandchildren”. The Special Management Zone is established to manage Kaska values to avoid or reduce development activities around the Ne’āh’ (Horseranch Range).

On March 31, 2013, the designation the Ne’āh’ as a Protected Area was approved by the Province of British Columbia and will be managed collaboratively by Kaska Dena and British Columbia through a Management Plan that will be set out by the Parties over the next year.

Read about Ne’āh’, Gu Cha Duga, and the Strategic Land Use Plan Agreement (SLUPA) signing ceremony in the Autumn–Winter 2012 edition of the Kaska Dena News.

Since human beings have inhabited this landscape, we have been here. As long as human beings inhabit this landscape, we will remain here. Our occupancy of this land establishes both our right and our responsibility to ensure this land remains intact and able to support our people and culture. A long north-south range, spanning 40 kilometres, the Kaska name for the Horseranch, Ne’āh’, means ‘it is long.’ It is the place where animals go to get fat. While the Horseranch Range has long been identified by the Kaska Dena as well as others as a place of special significance, we insist it is now time to protect Ne’āh’ in its entirety in order to protect a broad diversity of resources and values that are critical to our culture and our economic opportunities within our homeland. 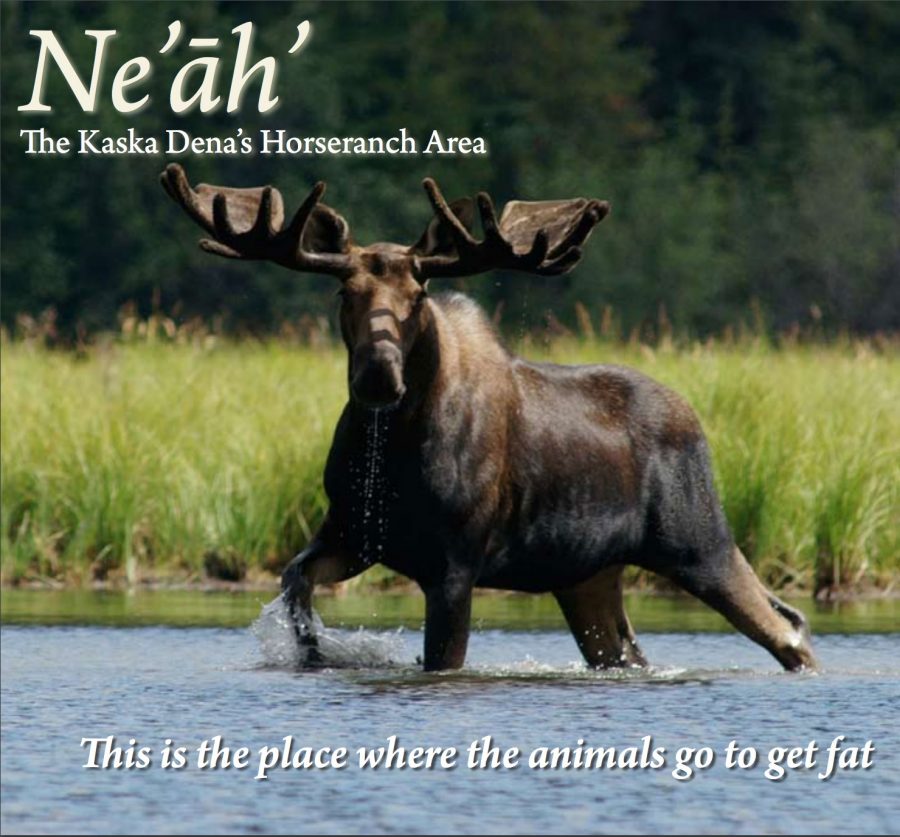