Northern Man is Midnight Shine’s current single. It was performed live on Canada AM on May 5, 2016, and released to Canadian radio the same week. 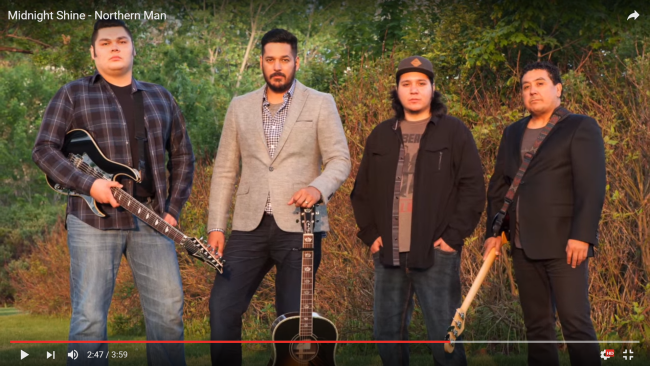 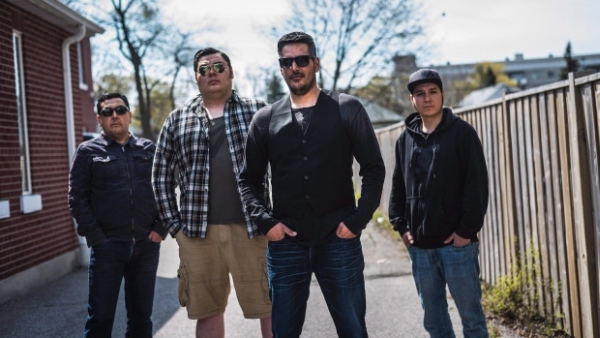 Travelling as far as they have, the bandmates in the northern rock band Midnight Shine consider just standing together in a Toronto rehearsal space a major accomplishment.

This week marks the first time the James Bay foursome has met to play since last August. Like many bands, life got in the way, but so did the 200 kilometres between their homes in Moose Factory and Attawapiskat.

“Logistics is a huge challenge for us,” says lead singer Adrian Sutherland, who lives in Attawapiskat with his family.

“Even just to get together to jam, never mind get to shows.”

Bassist Stan Louttit was almost left stranded while en route to Toronto when a sudden snowstorm threatened to ground his chartered helicopter ride from his island to the local airport.

They all have good humour about it. After all, that’s life in the north.

But it also makes Midnight Shine’s time together at Canadian Music Week in Toronto so precious to them.

The suicide crisis in Attawapiskat, Ont. has brought new attention to the remote First Nation. A band hailing from there, Midnight Shine, is proving good music and good stories are coming from their community.