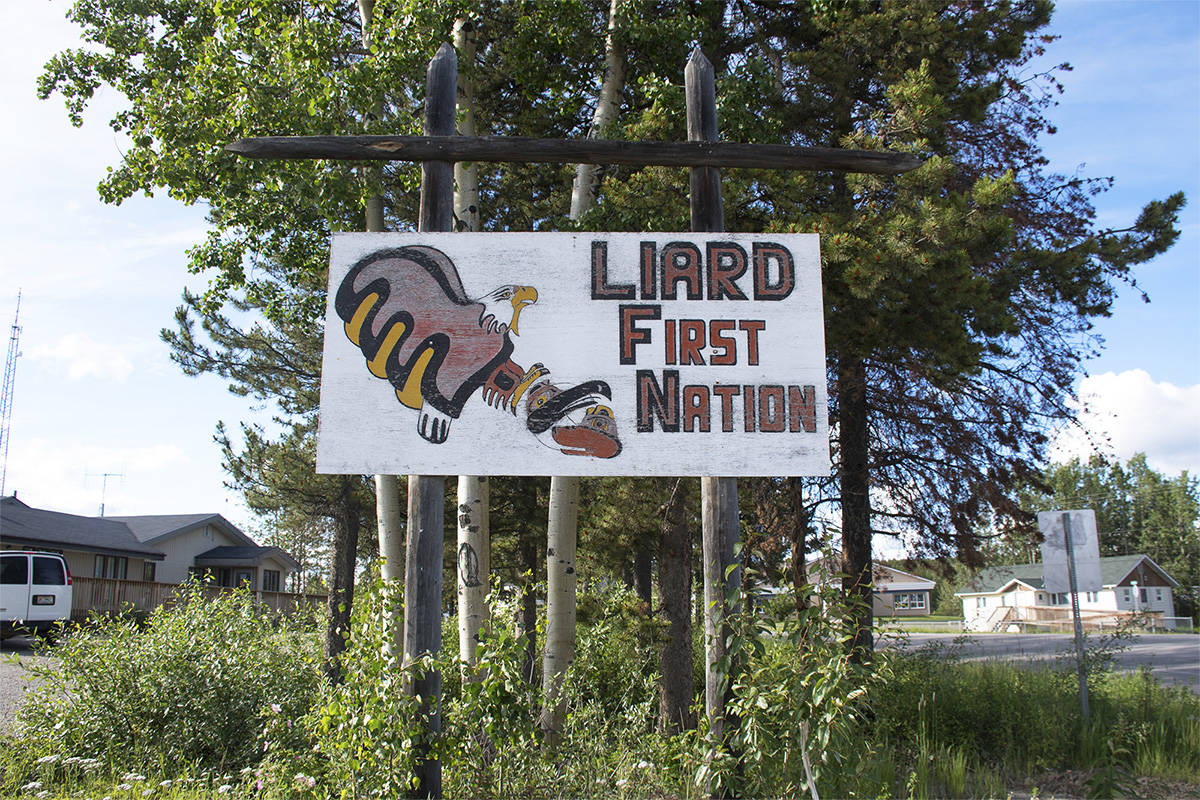 The Liard First Nation is preparing to enter negotiations for self-governance with the territorial and federal governments. (Jackie Hong/Yukon News file)

The Liard First Nation is preparing to enter negotiations for self-governance with the territorial and federal governments.

The First Nation opened the application process for a chief negotiator on Jan. 14.

Liard is one of three Yukon First Nations that did not enter into a Final Agreement under the Umbrella Final Agreement (UFA) process in 1993. The Liard First Nation has 1,400 members and includes Watson Lake, Yukon, and Lower Post, British Columbia. Negotiations will include both the Yukon and B.C. governments.

Chief Stephen Charlie told the News he is seeking an agreement separate from the UFA.

“That document is over 35 years old, and a lot has changed in Aboriginal rights in title and recognition in this country,” Charlie said, noting that the United Nations Declaration on the Rights of Indigenous Peoples (UNDRIP) has accompanied federal commitments to reconciliation over the last decade.

“We don’t expect to be negotiating under (the UFA), and we won’t.”

The main sticking point with the UFA is its certainty clause, which requires that First Nations cede, release and surrender non-settlement land and the mines and minerals contained within it. Charlie is also opposed to the land claims portion of the UFA, which he says grants First Nations too little of their traditional territory.

“We’re not going to cede and surrender anything,” Charlie said.

Previous resource extraction in traditional Kaska territory has led to nominal economic benefit for the First Nation because there hasn’t been a self-governance agreement, Charlie said.

The chief explained that the First Nation would have ideally reached an agreement several years ago, but the decision to abstain from UFA negotiations delayed progress.

“Our elders were so wise, they realized that the UFA was a dead end for us. We are rich in resources in our traditional territory, and what they were offering is just miniscule to what we could move forward on,” he said.

Once the First Nation achieves self-governance, it will implement screening and environmental assessments for mineral development.

Charlie explained that past operations — like the Faro mine site in central Yukon and Cantung in the N.W.T. — have left an “atrocious” legacy that could have been avoided with better remediation mechanisms. The current Yukon Environmental and Socio-economic Assessment Board (YESAB) process follows insufficient protocols set out by the UFA, he said.

The First Nation is looking to implement a land-use plan with screening thresholds that would subject every project proposal to an in-depth panel review — something that doesn’t currently happen.

Those reviews would consider the impact of mining on the environment and particularly on the mountain caribou that reside in Kaska territory.

“There’s thousands and thousands of years of Kaska people living off that resource,” Charlie said.

Self-governance will also grant the autonomy to manage moose harvesting, an issue that is currently under the Yukon government’s jurisdiction.

“That’s why we need self-government, we need to be the rulers of what happens on our land,” he said.

Once the First Nation hires a negotiator, conversations should commence quickly if all levels of government maintain their commitment to reconciliation and UNDRIP, Charlie said.

“If we take those values and those mandated tables, we can move quickly on developing a regime that would allow the Kaska to be meaningful participants in governing their own lands, and sharing in the royalties and resources that are generated.”