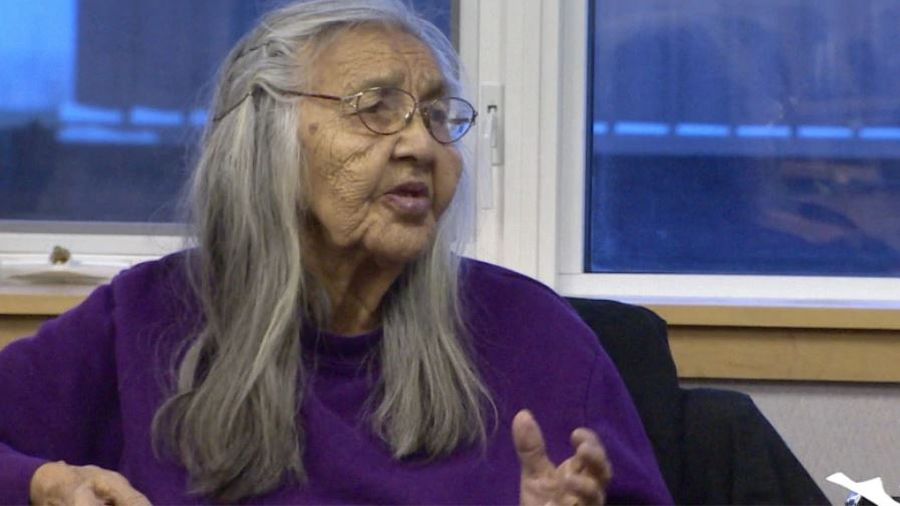 Mida Donnessey is working with a linguist at the University of British Columbia on a Kaska dictionary. (CBC)

A team at the University of British Columbia preparing a dictionary of the Kaska language is relying, in part, on Watson Lake, Yukon elder Mida Donnessy to provide pronunciation and context for the Kaska words.

Donnessy described her work through Linda McDonald, a translator.

“She said we work with the linguist, he records us and he writes it down,” McDonald translated. “And why do we do this? She says for the kids. For the kids, yeah.”

Through McDonald, Donnessy said that the number of people who are fluent in Kaska is dwindling, saying that she “just went to two funerals within three weeks, two of my cousins. They’re sisters, both fluent. One didn’t speak English at all.

“To go to their funerals, that’s what hits you really hard. Not only losing them, but you’re losing that connection to the past,” McDonald translated. “All that knowledge. all that information. That’s what I think about when I’m doing this. The urgency of it.”

Donnessy works with the linguist at U.B.C. at least twice a week. The university also operates a Kaska language website, in partnership with the Kaska First Nations and the First Nation Language Program.