“It’s going to make everybody feel a lot better when we get a new building in this community.” 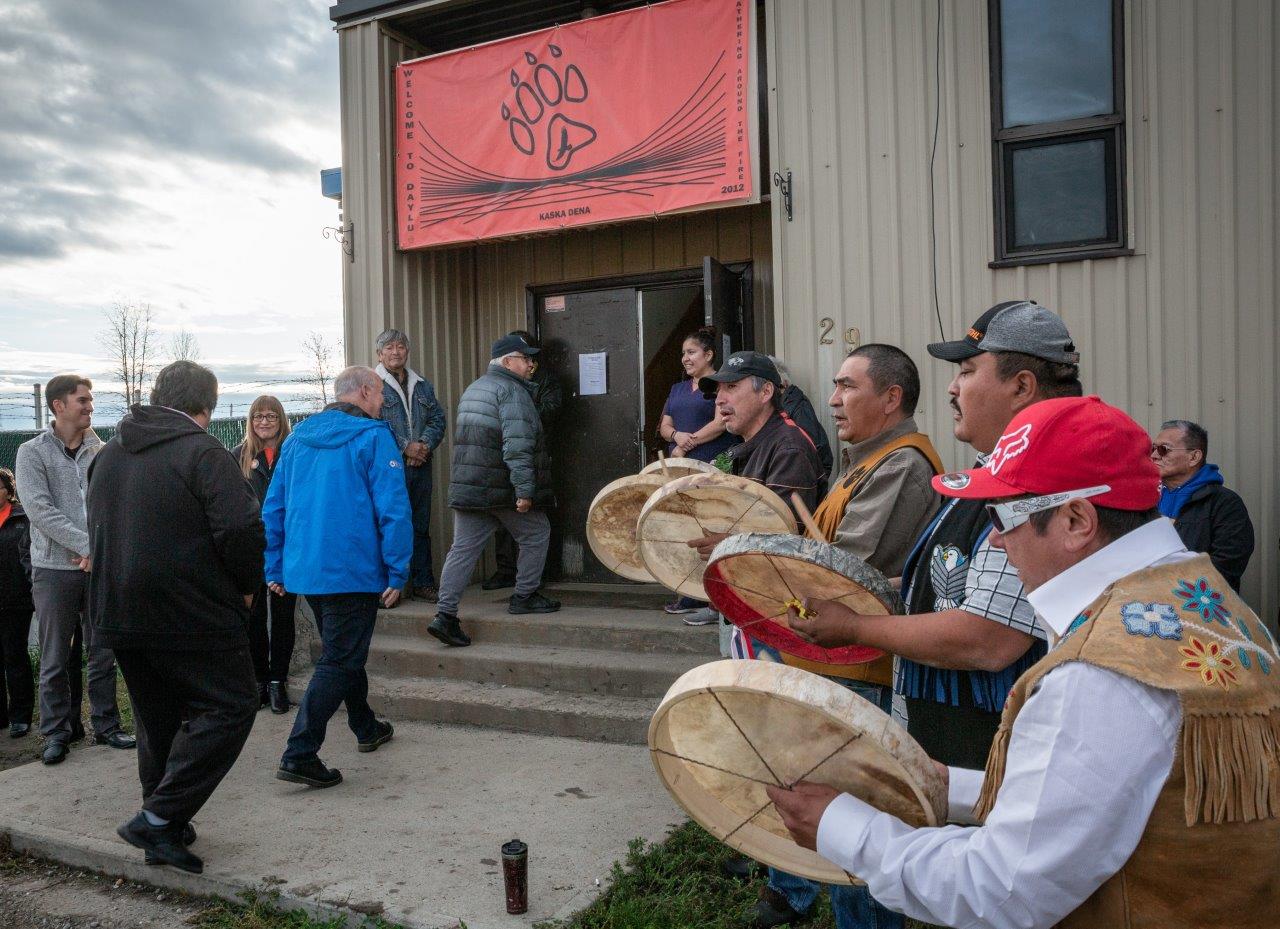 Lower Post, B.C. — A building where locals pick up their mail, look for work and seek government help is a place of pain and fear for those who remember it as a residential school.

Some of the 175 or so residents in the Indigenous village of Lower Post near the B.C.-Yukon boundary avoid stepping inside, while others have described feelings of lingering tension at having to enter the building.

The former Lower Post residential school operated from 1951 to 1975 and now serves as a post office, employment centre and band office for the Daylu Dena Council.

After 45 years of lobbying the federal and B.C. governments, the building is slated for demolition in the spring, says Premier John Horgan, who went on a tour of the site in October 2019.

Horgan said being inside the building and witnessing the fear of some people who were afraid to enter had a profound effect on him. He spoke about his visit to Lower Post during last fall’s election campaign, saying he saw a room where students were sexually abused.

“I went into the basement with an elder,” said Horgan in a year-end interview. “There were two elders there — one couldn’t come down the stairs because the memories were too harsh.”

Horgan said he contacted the federal government after his trip to the community about the “absolutely inappropriate” use of the former residential school building as an administration office for the Daylu Dena Council.

The premier said there is now an agreement between the two governments that the building will be torn down and a new administration office built for the people in the region.

The federal government did not respond to a request for comment.

Residential school survivor Melvin Tibbet, 66, said he took Horgan on a tour of the building and replacing it will help the community.

“We suffered enough in that building,” he said in a recent interview.

“It’s going to make everybody feel a lot better when we get a new building in this community.”

Deputy Chief Harlan Schilling of the Daylu Dena Council said he’s heard the federal and B.C. government will announce plans early this year to tear down the building, but he won’t believe it until the wrecking crew arrives and he’s seen replacement blueprints.

“I remember hearing stories as a young boy that the government’s going to finally help us tear this building down,” he said. “It just turned into false hopes.”

Schilling, 33, a former Canadian Forces combat engineer, said at one point there were more than 600 students at the school from B.C.’s north, Yukon and the Northwest Territories.

“There are a lot people who refused to go inside that building, some of them couldn’t even look at it,” Schilling said. “It was not a happy place. It was a hard place to work out of.”

Efforts by former chiefs and councils to get a new building were rejected over the decades by the federal government, he said. Burst pipes in October may have been its final reckoning as the band moved out of the building into trailers that now serve as administration offices, he said.

Schilling said the original residential school building, which included a dormitory, was about four times larger than the administration building that remains in Lower Post. He said a fire destroyed part of the old school.

He said he wants to see the day when elders in Lower Post who went to the school can walk into a new building to get their mail or check for work.

“It was very devastating for me to see the hurt they hold inside,” Schilling said.

“I’m really hoping this will be a success story, not just for a First Nation but for a country.”