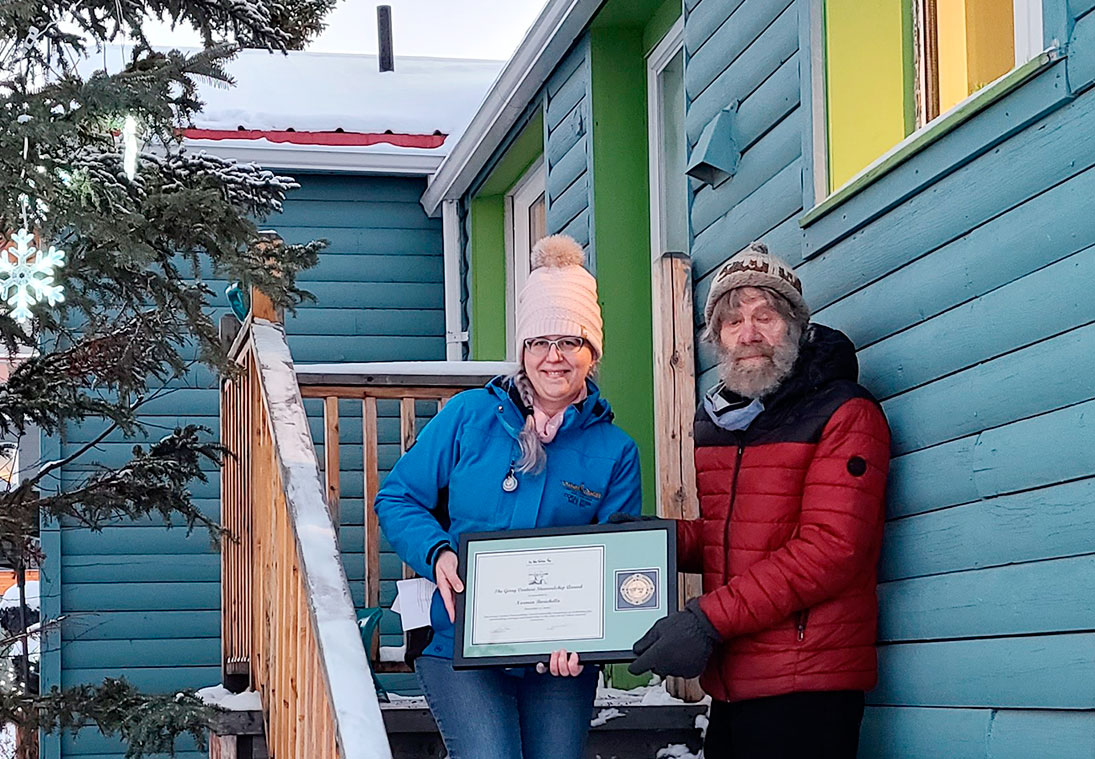 The $1,000 prize is awarded annually for outstanding personal dedication to natural resource conservation and management in the Yukon.

This is the 11th year the award, which was announced Monday, has been presented.

He has spent more than 30 years working with the Kaska Dena of the Yukon and B.C., and in particular the Ross River Dena.

He recently published a natural history book: Gyrfalcon: The One Who Stays All Winter.

Coral Voss, the executive director of the YCS, presented the medal and award to Barichello.

“I am honoured to have the opportunity to recognize Norman for his extraordinary lifetime of efforts on behalf of the wild places and all of those creatures who live in these places,” Voss said.

Barichello said he feels “honoured to have been selected for the Gerry Couture Stewardship Award in the company of so many people who have committed their lives to conservation here in the Yukon.

“In my journeys, I have been fortunate to have learned from many elders and others who have dedicated themselves to conservation here in the Yukon – Dave Mossop, Don Reid, Katarzyna Nowak and Hillary Cooke, to name a few, as well as the late Bob Frisch and Gerry Couture,” Barichello added.

Selection of the recipient for the award is made by “the inspiration of Gerry Couture’s fearlessness, creativity, innovation, and ‘curmudgeonliness,’” the YCS said.

Couture was a respected member of the Yukon Fish and Wildlife Management Board and the Yukon Salmon Committee.

He also worked as YCS’ mining analyst until 2009, and as a commercial pilot, homesteader, trapper, commercial fisherman, and placer miner.