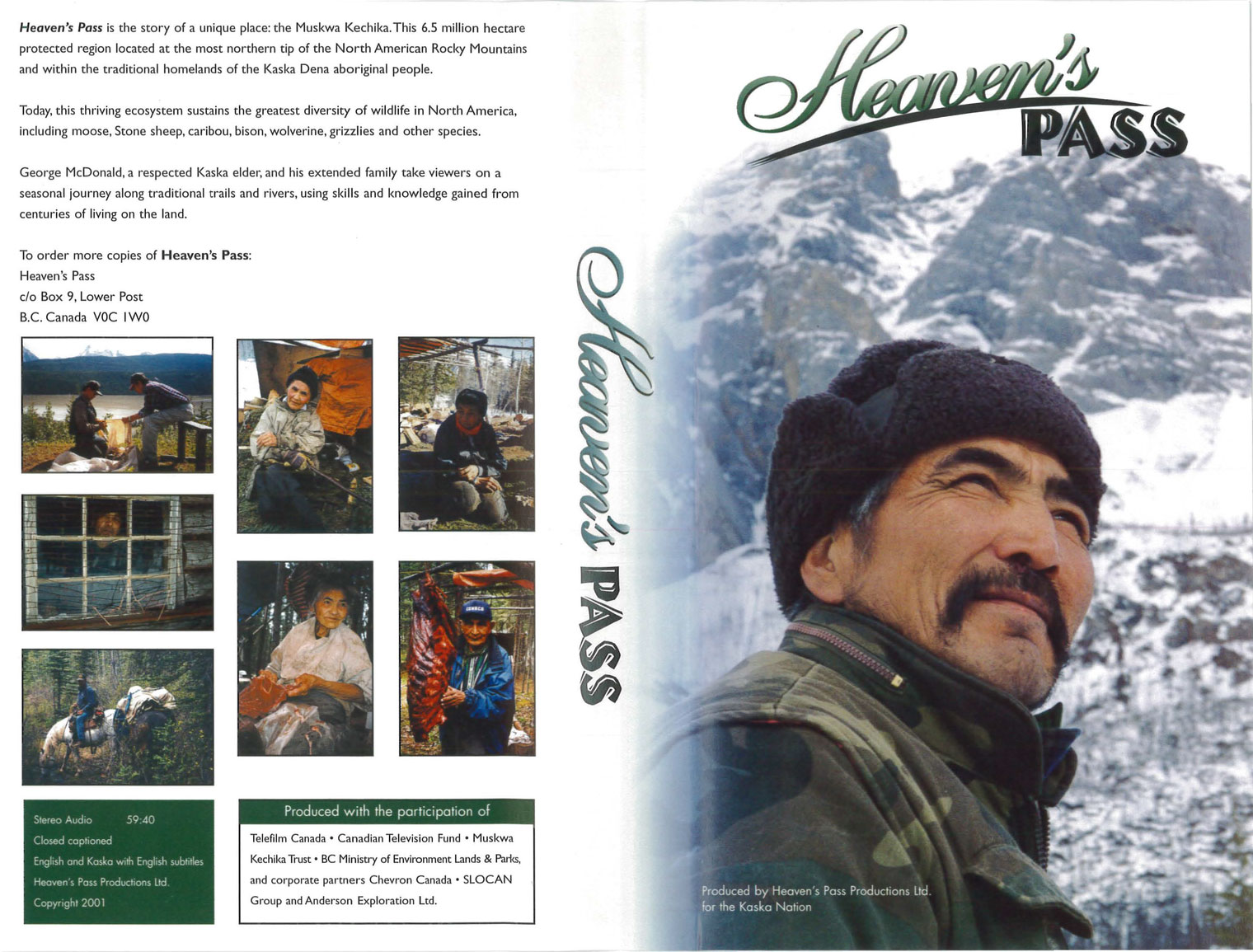 Heaven’s Pass is a 60-minute documentary about the Teh Wa Dena or People of Stone Mountain. Only a handful of the Teh Wa Dena remain in the Muncho Lake region of BC, the last speakers of the Muncho dialect of the Kaska Aboriginal language.

Heaven’s Pass is in English and Kaska (with English subtitles). The film premiered in Vancouver in June 2001 to a sold-out audience.

For further information, or to purchase a DVD, please contact the Kaska Dena Council office at: 250.779.3181.