Kaska Dena are engaged in Treaty Negotiations with Canada and British Columbia and have been since 1993. The negotiation of a treaty is a lengthy process and will take some time to complete. As negotiations continue, Kaska Dena members have expressed an interest in receiving more information about treaty.

The resources on the KDC website (and links to external sites) are intended as communication tools to be used to help develop greater understanding and awareness about Treaty Negotiations for Kaska Dena and the benefits that a Treaty will bring for our children and our grandchildren.

The following publications have been distributed at community meetings, the General Assembly, and are posted on the KDC website. Printed copies are available by contacting Lacey Johnny at the KDC office. 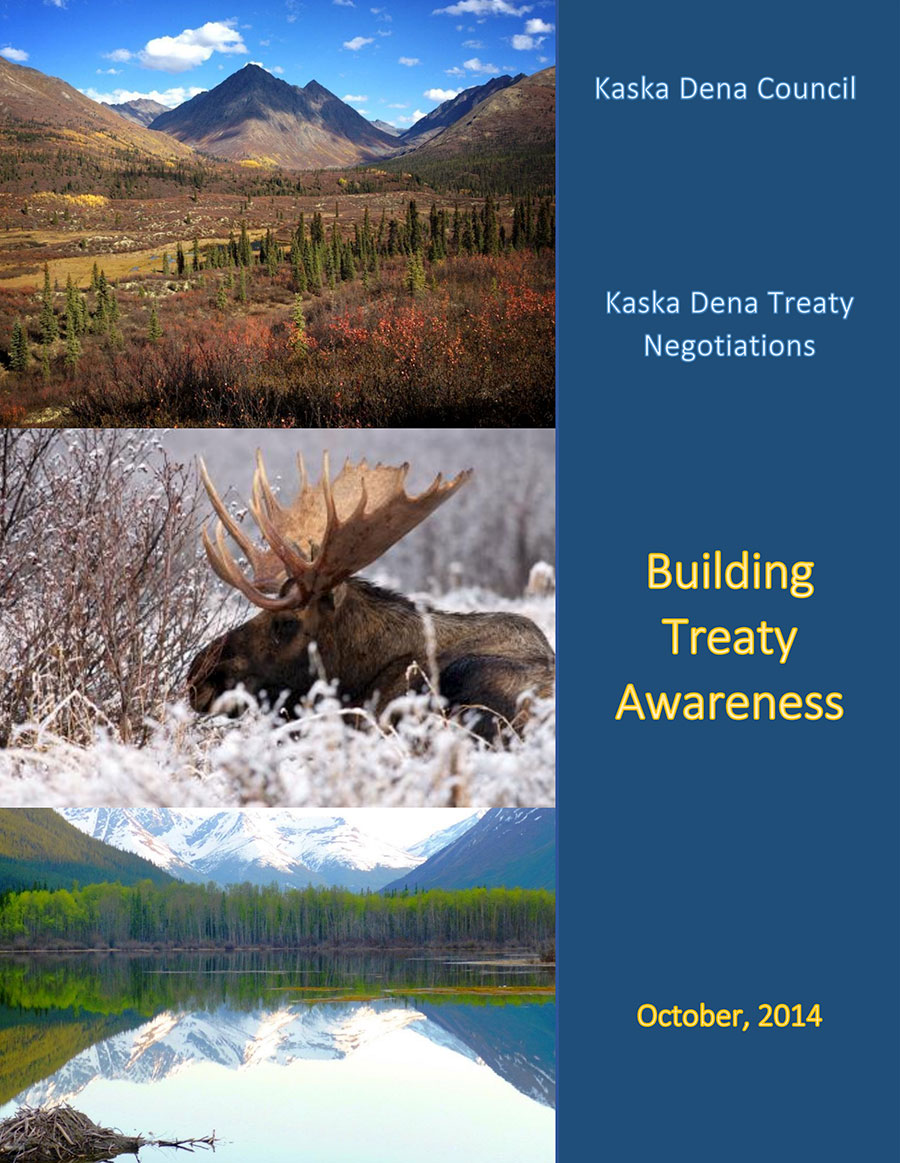 Building Treaty Awareness, Volume 2: Achieving Certainty Over Our Land, March 2016, describes the Kaska Dena Land Model that is the basis for negotiating and achieving certainty over our land. 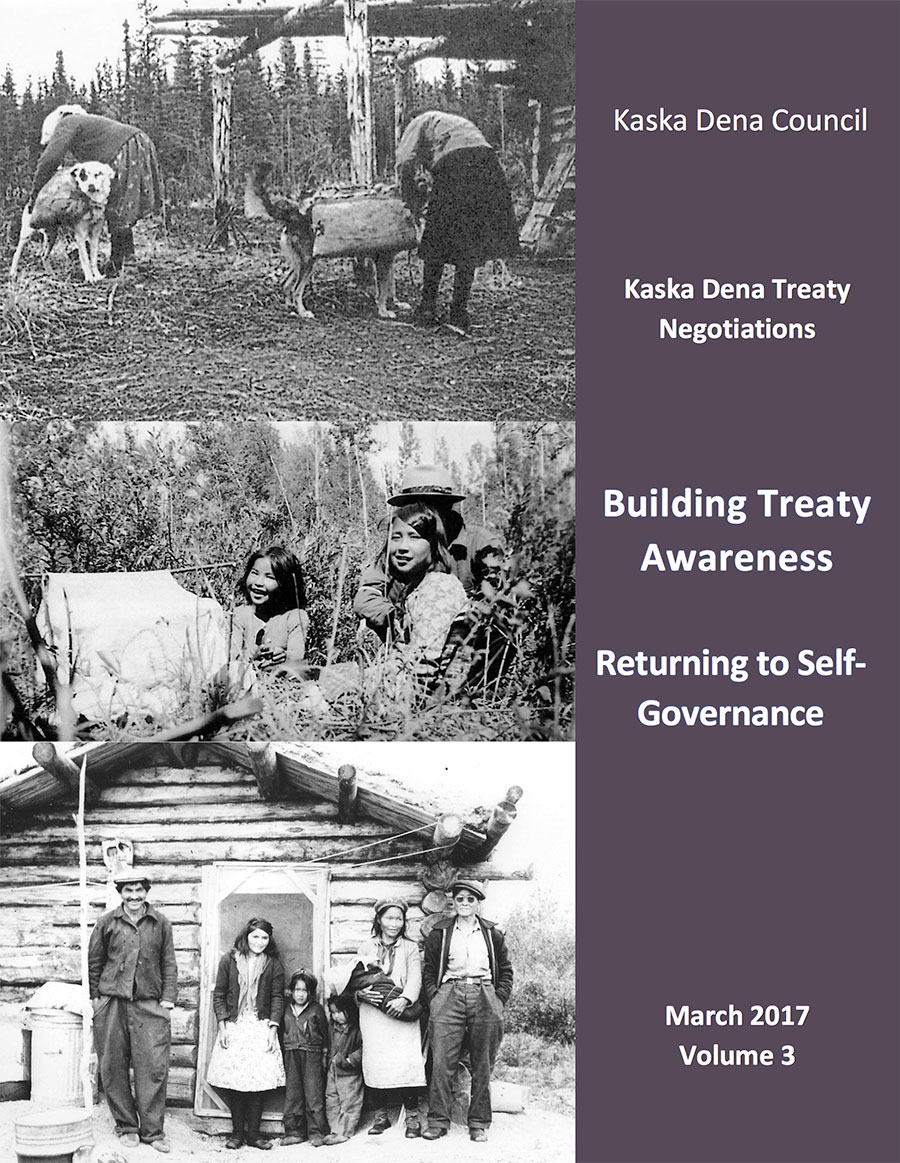 Building Treaty Awareness, Volume 3: Returning to Self-Governance, March 2017. Before colonialism and the Indian Act, Kaska Dena were self‑governing. This publication describes what returning to self‑governance means for Kaska Dena. 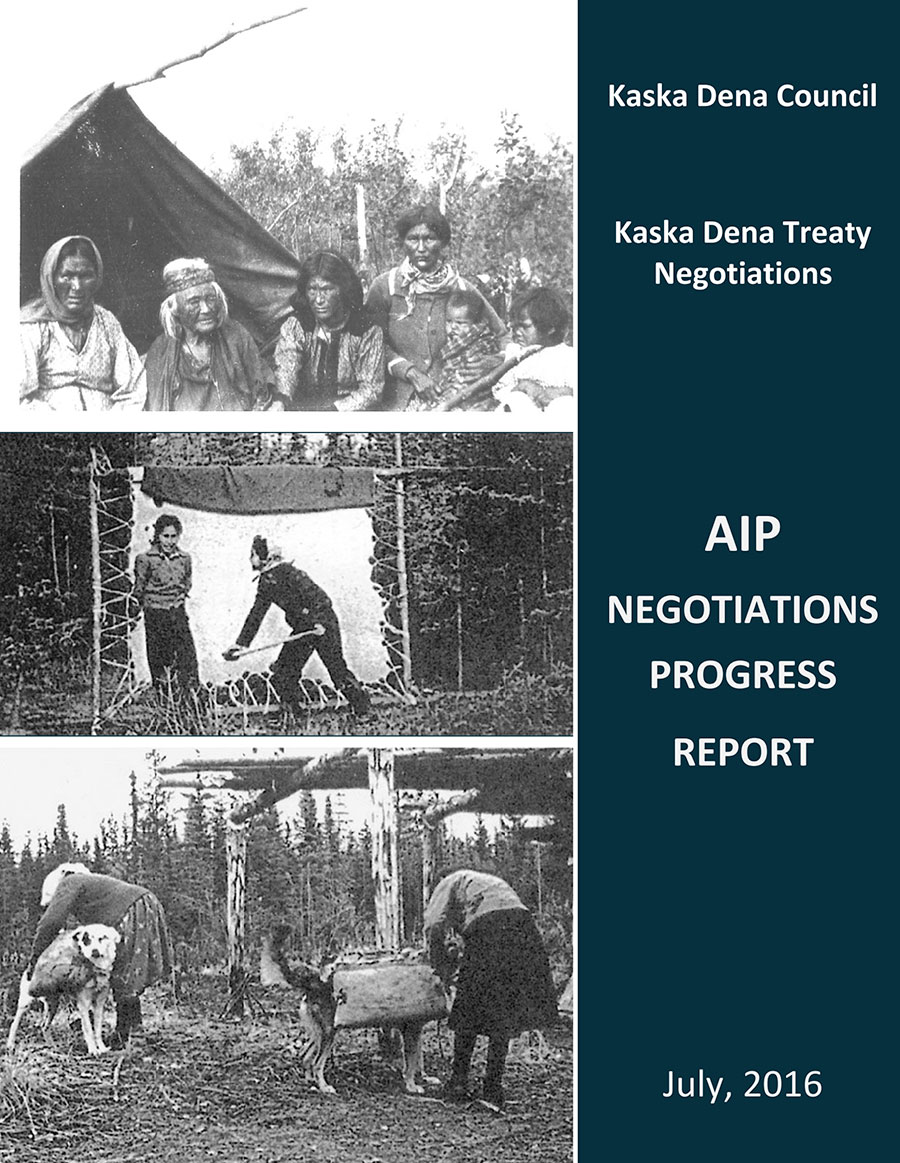